The presentation by Danny Homan (2014) at the  Bristol AMA Conference demonstrated how changing marketing is about more than changing traditional selling, but changing the way a company treats its clients and programs for them.  The Historic Royal Palaces (HRP) is an organisation with a highly developed marketing sense. The charity controls some of Britain’s palaces, including the Tower of London, Kensington Palace, and Hillsborough Castle in Northern Ireland. The charity gave up public funding in 2004, so it needed to market its product to survive and pay the high costs associated with the upkeep of these places . 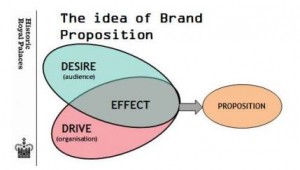 The HRP, which has a well-funded and productive marketing operation, wanted to engage new visitors to sites. The market at the moment is 3.2 million visitors, of which 60% are from overseas. This makes the organisation open to downturn if international tourism for some reason dramatically falls. Their chief aim in the operation is to increase the domestic market by 50% to 1.5 million by 2020. The gain was to be drawn by an awareness to ‘put [HRP’s] audiences first’. This switches the traditional hierarchy of seeing these places as great institutions that the public should visit. The British public have a high awareness of the places, with 89% recording an awareness of at least one venue, but only 5% would even consider visiting them in 2013.

The HRP saw it needed to develop the relationship with its audience. All this happened during the post-GFC period, where ‘our research told us that in a world more uncertain than ever, people were searching for roots, foundation and anchors’. It was not to develop the relationship between the physical places and the audience or exploit the emotional and intellectual needs of the British public.

The HRP came up with a new brand proposition. Homan  described it as emerging from the diagram. The drive comes from the concept of relationship as a ke y ma 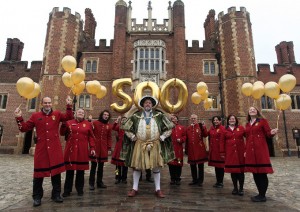 rketing strategy that was going to drive not only marketing, but the events at the palaces.

The brand proposition became ‘through Historic Palaces, I can relive the drama of the nation’s past.’ What the proposition did was to open up a myriad of marketing opportunities for the houses. The places are seen as being comprised of three distinct steps:

This was all completed around the theme of the 300 anniversary of the Georges taking the throne.

This is calculated by segmentation of the audience conducted with considerable analysis using segmentation devised by HRR. The HRP sees the expression of the key segment as being essential, for which the affirmation is secondary. They used the survey to gain a full perspective of audience preferences regarding how they consume media, their interests, and their concerns.