Digital presentations play a significant role in building the relationship between the public and art. Many Australian arts companies rely on social media as hubs for comments and information on their websites. Rebecca Taylor’s 2014 presentation for the AMA Conference in Bristol outlined how the arts companies can take advantage of digital media, especially social media. Taylor has experience working with some of the largest art institutions, and this experience can be transferred to many artistic enterprises.

Taylor recounted how the average adult will spend 5 hours per day online, and this is the focus of her marketing role. She outlined the three tiers of the ‘digital marketing trifecta’: paid, earned, and owned media. With paid media, one pays for advertising, which could entail boosting a post on Facebook or creating adverts on the social media site. Earned media are shared media that get talked about or liked via social media such as Twitter or Facebook. A good example of this last type of media is the retirement image of the Australian Ballet ballerina Lucinda Dunn, which received over 1600 likes and 60 shares within 12 hours of its posting. This image had a strong hero and was part of a well-developed narrative on the Facebook site. This strong narrative led to a strong Facebook engagement. 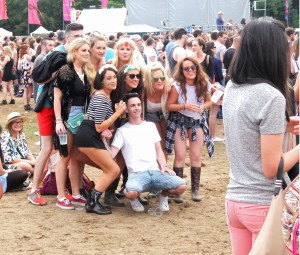 The Group shot, just how many links can this create

Owned media, Taylor points out, may take the form of blog posts and website links. The advantage of this form is that it is controlled by the company and not subject to the whims of social media logarithms or disappearing from a moving timeline. It can also be updated easily by the company using easy-access systems like WordPress. Taylor emphasises the importance of having a clean, simple website to convey information effectively.

The use of email newsletters is a major way to communicate with the followers of an artistic enterprise. The ticketing systems like tickets.com can collect email addresses of people attending shows. Taylor noted the importance of focusing on the opening line, as systems like gmail include it in their content. Taylor reported that 35% of people open email based on this primary line. Another issue is the send time for the emails. If sent in the later part of the day, the chances of being opened are greater, as people have dealt with work emails first, allowing the later part of the day for what can be considered more social correspondence. Considerations like shareability on social media and ease of reading all help to drive traffic to the major project of the company’s website.

Taylor pointed out that one does not need to have a clear strategy for social media posts. This does not mean that everything a company needs to be planned; like any relationship, it is best alive when it is allowed to be spontaneous.

Taylor explained how different social media platforms can be used to tailor the message to the targeted audience. Facebook is still the most popular platform to deliver information, photos, and events, but more and more it is subject to algorithm issues.

Taylor singled out the Instagram platform as being particularly effective for displaying photos of events. Instagram has a higher degree of brand engagement than does Facebook, appealing to an under-35 demographic. This is a key target for arts companies as they face the ageing of their present client base. Likewise, platforms like Tumblr and Pinterest can be used effectively to visually spike interest in productions. 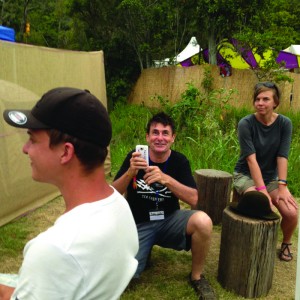 The image is subject to the changes in the market. New forms like Snapchat are very effective with young people (under 25), so you must look to note how the technology is changing, being aware of what people are using technology and how social media fashions change .

The phrase ‘content is king’ is the mantra of social media promotion. Arts companies have an advantage of having interesting subjects and topics to promote that would be the envy of someone working in marketing laundry detergent. With string visuals and interesting and attractive artists, the arts company can promote its products to consumers and take advantage of high shareability without having pay for expensive advertising. Art events and occasions are also able to be shared on social media, so by being at an arts event, the people enjoy it and it fills a social need.

Taylor also advises keeping a social media content calendar so that posts can be noted. By sharing these calendars across the organisation, people will not swamp the media platform with posts. Social media websites normally have more than one administrator, and the ability to see planned posts on a calendar eliminates waste.

To gain extra followers and widen the reach of posts, hashtags have proven to be an effective way of gathering an audience. These hashtags can be used to create awareness of an event, but these hashtags need to be clearly displayed at events. Hashtags can be used over a wide range of social media platforms. These hashtags also allow an organisation to source images of events from other users. The best images are often crowdsourced from the public, which can be shared on the social media. This way, the most effective images are easily sourced to be shared by a media platform like an Artis Company website, creating quite a buzz for the original image poster.

Data analysis is very important to any social media strategy. Analysing the social media statistics will reveal which type of post most appeals to the target audience, thus allowing the company to engage that particular market segment. Australian theatre companies can access these data through Facebook Insights and through ticketing surveys.