Is your arts company using Snapchat? If not, why not?
Snapchat is a mobile app that allows you to send self-destructing photos and videos to your friends. That’s right, they actually self-delete after 10 seconds at the most. 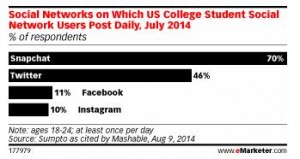 A recent survey of the US college student demonstrated that 70% of college students posted on snapchat once a day. This dwarfed the Facebook with figures of 11% per day.
Australian students, and young people, would have similar usage figures.
One reason Snapchat is so popular is that these groups see it as the most private form of posting.
What to post? You must consider your target audience. It is the younger crowd wanting to see something sneaky and fun. So think about what producions/events suit this marketing strategy.
This may mean surprising backstage pics, unusual stuff. You can have fun with these images, but always working within your brand profile.
Consider sneak peeks, exclusives, maybe a keyword to get a discount for your production preview.
Cheeky images of the actors can work well, and what about some shots in rehearsal of awkward romantic / sexy moments in your upcoming play or exhibition. Have fun and be playful.
The Girls TV series used Snapchat very effectively a lead up to the Emmys. Check out the samples below.
Remember, smart people can copy Snapchat image through a screen capture, so it still can go viral, so have that in mind when you post.

There is a good link Snapchat marketing here. I have included a few key slides for arts companies below. 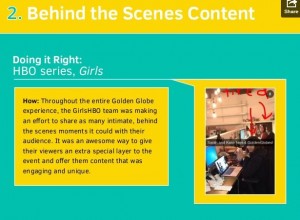 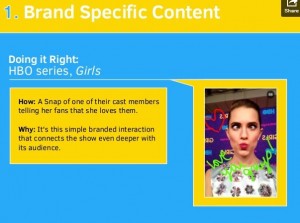 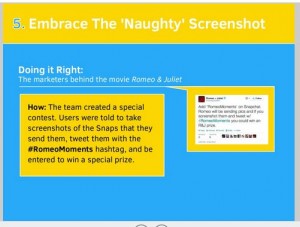 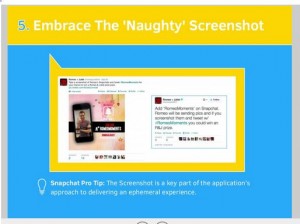 When arts companies are devising a site the accessibility to smartphone and tablet platforms is central. If companies are advertising, they need to address mobile platforms.

This is the trend in the US, and with Australians loving mobile technology its happening here too.

The eMarketer company highlights this issue. 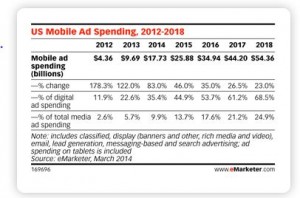 t daily time spent by US adults with mobile devices—specifically smartphones and tablets—exceeded that spent with PCs for the first time in 2013.  Now, in 2014, marketers and sellers are finally forced to reckon with a world of “always on” mobile consumers. As a result, mobile ad spending will more than double in 2014, topping 30% of digital ad spending.

Companies need to consider this is all advertising plans.

I recently came across a 2012 report by Arts Victoria on the state on the importance of marketing to arts companies they work with. I have the repeated the bulk of that report below. What I would note is that these companies recognise they need to spend more on marketing, just don’t have the funds.  Arts Marketing Australia has the freelance solution these arts companies need. 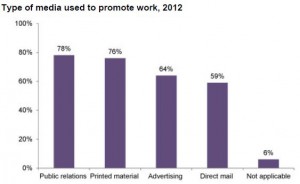 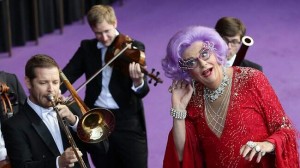 As with all social media analysis, I invite the respective companies to examine their usage themselves as figures can change on a moment by moment basis. 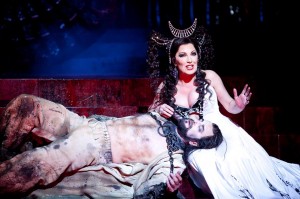 The nature of social media means that the results are fluid and companies are encouraged to do their own media survey.

I decided to do a survey of the major arts companies Facebook interactions. The list of companies comes from the Australia Council’s website. “These companies must meet a range of criteria, including the demonstration of the highest artistic standards, a sizeable audience base and having a minimum average income of more than $1.6 million over the previous three-year period.” 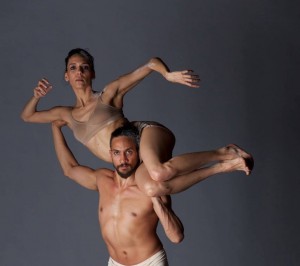 My survey was conducted on 25 June 2013 of the public Facebook pages of the companies. The posts are public posts by the respective companies. The interactions are a vital figure and include post likes, shares and comments within the 10 day period of 14 – 24 June 2013.

These figures are purely a snapshot of activity at this point. Because of the fluidity of social media posts the figures may contain an element of changeability and I invite companies to do further analysis.

The interactions are an important figure as I have examined in my blog post on audience engagement.

# I have not included the SDC Studios Facebook page which had 10 930 likes, no posts and no interactions.